Critical driver that is shaping education, career, health and community priorities in the 21st Century. 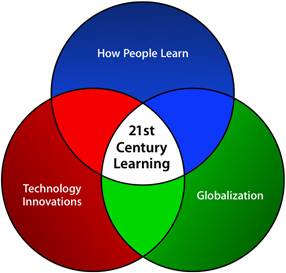 A once-in-a-century event is happening in the Permian Basin. From the dust bowl of 1980s to the economic wealth creation Super Bowl in the 21st Century, the Permian Basin’s transformation has it knocking on the doors of the 21st Century to fortify the US Economy’s position on the world stage. This is attributed to two fundamental drivers: entrepreneurship and technology.

Entrepreneurship: Throughout the manufacturing era of the 1960s, the Personal Computer decade of 1970s, the expansion of the service industries in the 1980s, the Internet breakthrough in the 1990s, the explosion of social media during the 2000s, and the evolution of cloud-based technology in the current decade, entrepreneurs in this country have dusted themselves off and raised themselves up. They have done this again and again, learning, adapting, and stretching to create the greatest era of wealth creation in modern history.

Technology: The symbol of free enterprise that is the Permian Basin reflects the entrepreneurial zeal of the United States of America, making it a beacon for economic success that is revered around the world. The champions of the Permian Basin have persevered through all the booms and busts over the past five decades and have emerged triumphant as the 21st Century has begun to unfold. They were able to do this because they were creative, challenged expectations, and created a climate of game-changing possibilities by leveraging technology*.

This leads us to the question of how do we open the 21st Century’s opportunities to our students in public education?   Read on post #2: “19th versus 21st”

For the past few decades, technology has enabled businesses to eliminate entry level jobs, consolidated mid-level positions and demand increasing level of education to manage jobs and careers. Relentless pursuit of profit margins by large businesses chasing niche markets enabled by technology is resulting in a shorter life span for small and medium scale businesses. This is the driver creating a need for first generation and multi-generation family businesses to adapt, consolidate or close shop. Created "Avatar Platform" to empower the family to gain traction in education, health, career and business opportunities in the communities and regions they call home. View all posts by ravishakamuri